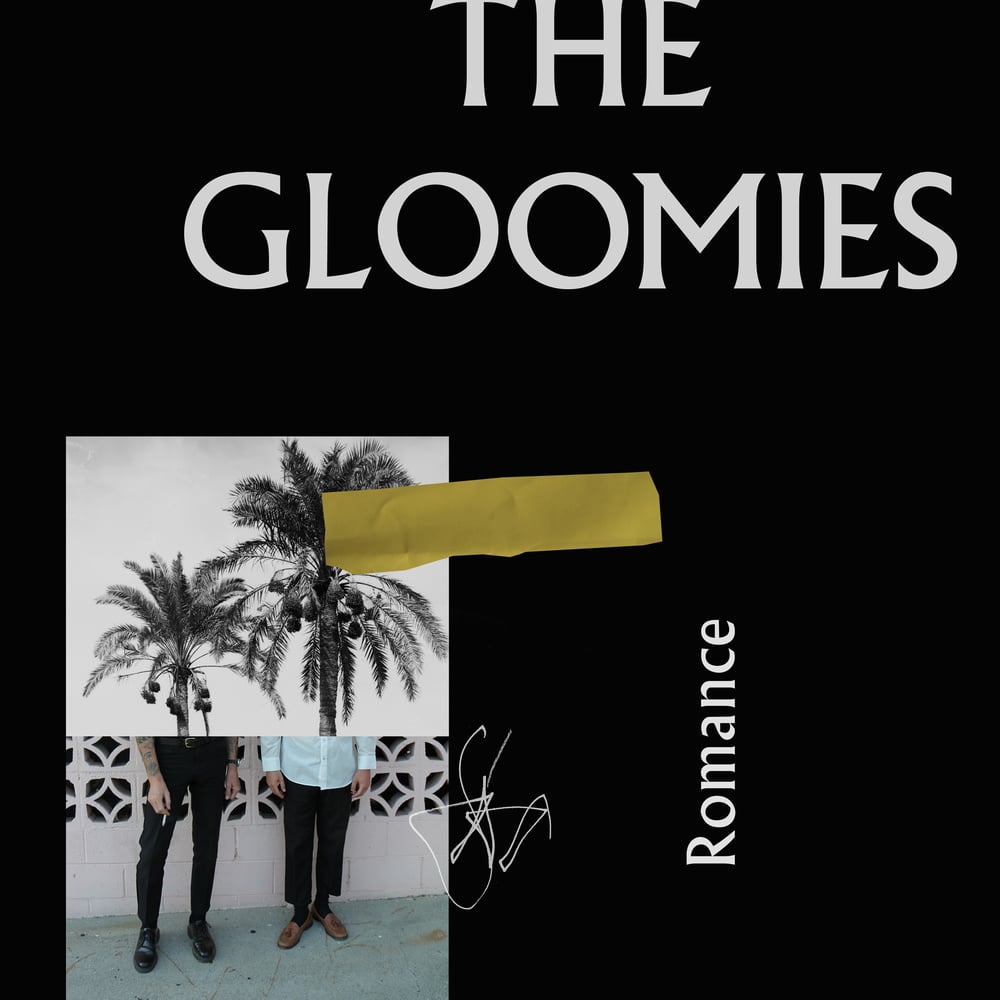 The Gloomies long-awaited debut album ROMANCE. Available 07.13.18 via Thrill Me.

To put it simply, The Gloomies were created out of bits of dust … an infamous chthonian hellhole that should have been wiped of the map far before it reached the listeners ear. The Southern California duo understands the importance of feeling alive amongst the darkness of broken and vivid realities that encompass the dualities of human interaction. The Gloomies' Andy Craig creates a meteoric sound that instills both the hypnotic vibe of Southern California beach days and the grungy jazz that infiltrate the streets of New York City. The ominous, yet, catchy melodies provide a moody atmosphere for any listener. Their popularity began to rise in the end of 2015 with the single, “LSD”, and their release off the EP “Blackout” in 2016. Growth continued in 2017 with the release of their latest single “Space” featuring Madeline Follin of NYC indie-pop duo Cults.

Front man Andy Craig and drummer Chris Trombley began their music career together when they met in 2013 and played in the band SACCO. They have since created songs that exhibit a layer of fantastical and hypnotic themes. This in turn bolstered their popularity with their fan base in that they feature a darker, sultrier vibe than their previous work.

Fast-forward to the present… The Gloomies will release their long-awaited highly anticipated debut album Romance on 7/13/18 via Thrill Me.